A common misconception about veganism is that bodybuilding becomes impossible when you cut out animal products. Muscle gain is highly facilitated by sufficient protein intake and the most abundant sources of organic protein include meat, poultry, fish, dairy, eggs, and other animal products. While vegans may have a harder time building muscle, it’s still totally doable if a person follows a properly-planned diet. Tempeh, tofu, seitan, and sunflowers are incredibly lean sources of plant protein and should form the basis of a vegan bodybuilder’s diet.

Irish bodybuilder, Kim Constable, the founder and CEO of The Sculpted Vegan has worked for many years to put this myth to death. Four years ago, when Kim was ready to begin her bodybuilding journey, her trainer was unable to consult on her nutrition plan because he had no idea how to work with a vegan diet.

“I’d been a vegetarian for almost sixteen years and the year before I decided to start training, I went full vegan,” said Kim, 42. “I’d read a book called The China Study, that showed a direct link between animal protein and cancer, so I decided that being fit and healthy into my old age was more important to me than eating cheese. However, my trainer couldn’t advise on my nutrition because a vegan diet was unchartered waters for him.”

Right from her childhood days in Belfast, Northern Ireland, where still resides, the mom of four had always admired bodybuilders and their sculpted physiques. A former yoga teacher, Kim had always been physically fit and had won her first bikini athletic competition at 37, after only 12 months of training. However, she felt she was too skinny.

“I was too thin,” she says. “The only way to get the tone back into my skin was to build muscle to fill it in.” There had to be a way to make things work – keeping up her vegan principles and building her dream body.

Breaking down the limits

Kim set about researching, learning, and reading up on nutritional sciences to find a balanced diet for vegans who wanted to get ripped. Her nutritional plan continued evolving to suit her training needs as she began to see favorable results.

Kim worked hard for four years to sculpt her body into the dreamy figure she flaunts today. As she got better, she discovered there were so many more people out there, like her, who wanted to keep meat out of their diets and get started on gaining muscle. Kim genuinely wanted to help people avoid going through the same stressful route as she did to construct a healthy nutrition plan.

“Growing up, I always wanted to be successful, like very successful, and I had a wealth of experience in everything from internet marketing, business, health, and wellness, so I set out to create The Sculpted Vegan to help regular people who wanted to build amazing bodies,” she says.

When Kim launched The Sculpted Vegan, she wasn’t the only one in that line of business – the competition was also vastly male-dominated. Also, she had no real followings on social media, no connections, no investors, and no prospects. She’d laid out her plan on the kitchen table and scraped funds to set things in motion.

However, her unique approach to the fitness business helped her get the brand off its feet.

“Most people in business go about it all wrong,” she explains. “They focus on trying to find more people for their programs, instead of more programs for their people.  From the outset, I focused on supporting and serving my people more than I focused on finding more customers.  This wasn’t a strategy, it’s just who I am.  I know that when someone tries something new, they are vulnerable.  They need support. When they realize that you truly care and you’re not just out to take their money, that magical connection becomes real.” 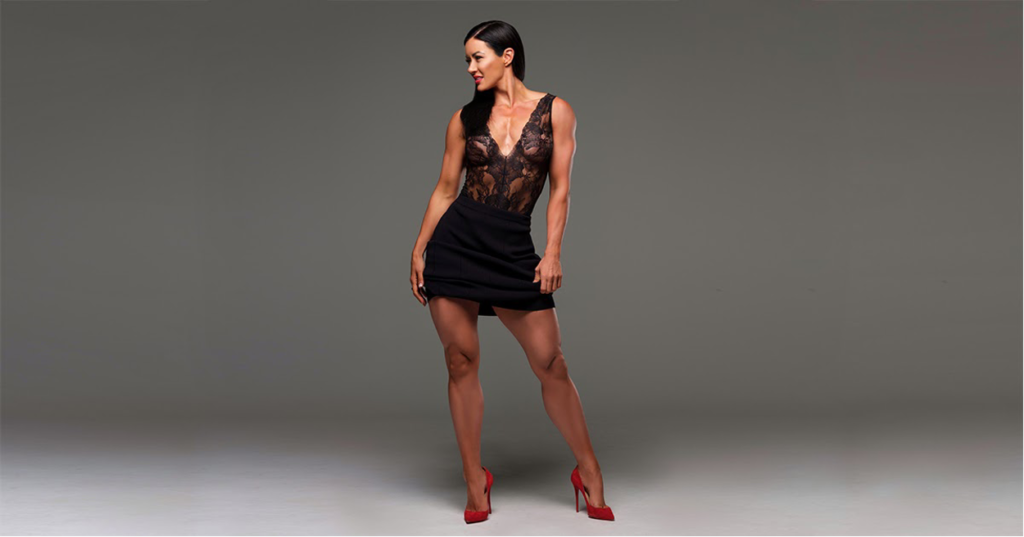 Presently, with over 450,000 followers on Instagram and a growing community of people eager to build amazing bodies, Kim has created several programs available for sale on her website to give people a wider range of options.

Most people building their bodies would still have to work around normal jobs and regular daily lives. Everyone has a different pace, and the best way to stay happy while getting fit is to work at the pace that suits your daily situation.

Within a year of launching her business, The Sculpted Vegan recorded over a million dollars in sales across different fitness programs. The company currently offers training programs such as the 1-Week Shred, 12-day Holiday Shred, 8-Week Butt Camp, 4-Week Shred, the extreme “Jailhouse Shred” for advanced trainees, the signature experience “Sculpt & Shred”, the Meal-Planning Master Class, the 12-Week Shred, and several more.

While also running the brutally honest Kim Constable Podcast on iTunes, Kim ensures to always inform prospective participants of the tough journey that lies ahead. Gaining muscle is not a destination that ends at some finish line. It’s a continuous process that must become a regular part of a person’s life.

“There’s no sugar-coating with what we do,” she says. “It’s hard, and I tell people that right upfront. I tell them, don’t buy my program unless you’re willing to put in the work. Nobody cares, work harder, because there is no room for excuses.”

“I really love coaching,” she says, “Based on my own success, I want to coach more women in business. I set up a private Facebook group last year that made more than $500K in its first 7 days of opening.  I closed it after 7 days to concentrate on a small group of people that wanted to learn, and I’ve coached them in that group for 6 months. Empowering women to be successful is something I take very seriously. If I can do it, anyone can.”

Season 4 Of The Simonetta Lein Show To Launch On September 20, 2021

The Simonetta Lein Show Releases Game Changing Entrepreneurs Panel 7 With The Witches of Wallstreet – “How Can You Be A Woman of Wealth?”

May 4, 2021 Jimmy Star Film, TV & Books 0
Spread the love
Spread the loveSimonetta Lein @simonettalein is a Named Fashion Icon, Writer, Millennial Activist, considered one of the top 5 influencers in the world by Forbes. She is the founder of The Wishwall Foundation, with its […]

The Simonetta Lein Show Releases Entrepreneurs Panel #4, “How Can You Turn The Pandemic Into Profit?” on SLTV