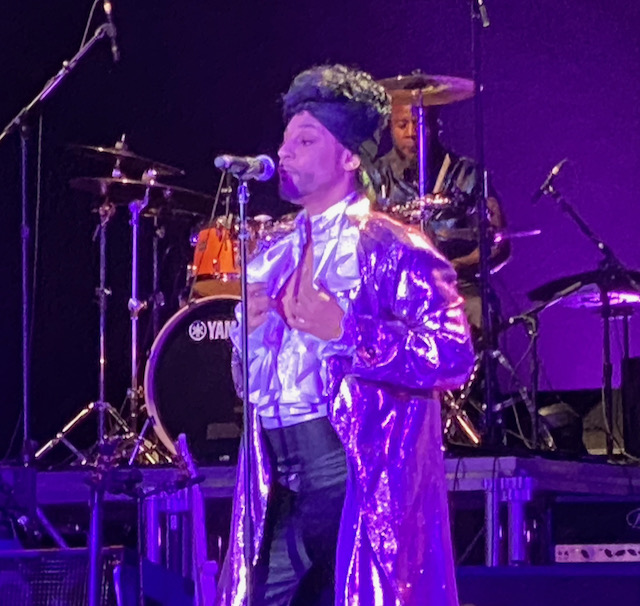 Purple Reign – The Prince Tribute Show is a high energy, engaging Las Vegas production.  Jason Tenner pays tribute to the man who had a profound influence on the music of his time.  Prince Rogers Nelson was a prolific writer of songs and music and an award-winning performer.

The Tropicana Hotel In Las Vegas was wise to stage this show in their Legends in Concert Theater. The musicians and other performers fill the stage in this show that often brings enthusiastic audience members to their feet. The graduated seating in the theater is a plus, giving everyone a good view. You know you are there to “party like it’s nineteen ninety nine.” 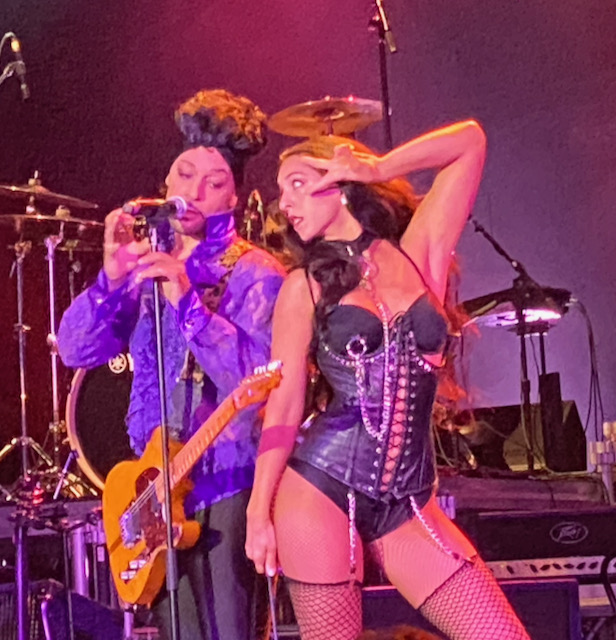 Jason Tenner has been portraying Prince and paying tribute to the late artist for close to a quarter of a century. He has mastered it. And he is happy to be back on stage. Do you remember when Prince sang, “You don’t have to be beautiful to turn me on”. Well, not to worry if you don’t recall that one because you don’t have to be a Prince fan to be turned on by this show.This is not just about the fabulous Jason Tenner doing a spot-on Prince. It is a Las Vegas variety show. The musicians are all at the top of their game. 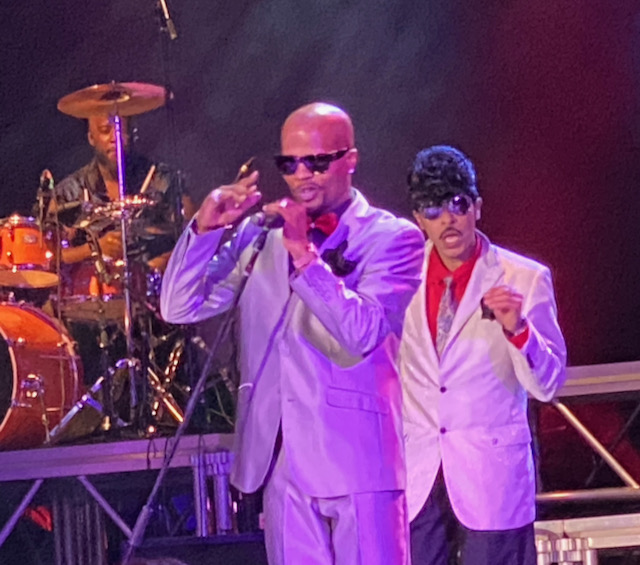 The tribute to to Morris Day and The Time enriches your evening with “Jungle Love” and more… I didn’t know who they were, but that didn’t stop me from enjoying their “schtick” and performances. And of course there are scantily clad women singing and dancing with a bit of suggested sexuality. I knew nothing about Vanity 6 and “Nasty Girl” but checked them out after I saw the show and appreciate their place in this tribute.

If you are a fan of Prince, see the show. You’ll be remembering back to where you were – and maybe what you were doing – when Prince’s music was topping the charts. But even if you aren’t that familiar with his contributions to music – If you love live music and quality productions — see PURPLE REIGN – THE PRINCE TRIBUTE SHOW at the Tropicana Las Vegas. 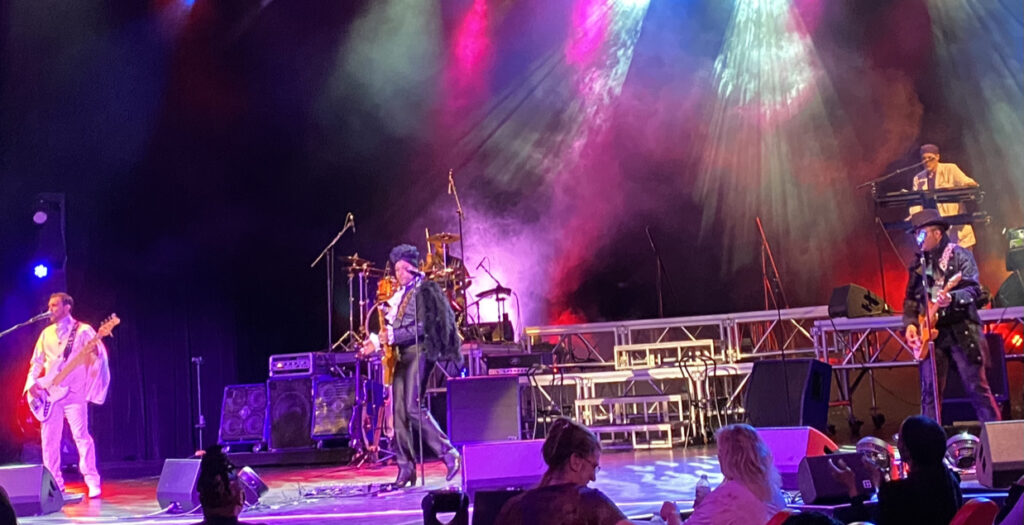 January 28, 2023 Burt Davis Events 0
Spread the love
Spread the love Some stories are interesting, but this one was delicious. More than 1100 exhibitors gathered at the new Las Vegas Convention Center’s West Hall for the three day 47th Fancy Food Show. The expo, sponsored by […]

December 1, 2017 Stephan Martin Restaurant Reviews 0
Spread the love
Spread the loveWinter is upon us and with that comes an endless lineup of sporting events. From college bowl games to the NFL and basketball from every angle a trip to Las Vegas usually means […]